"In the name of the Executive Committee of the First World Congress of Biological Psychiatry, we wish to send a message to all biological psychiatrists and specialists of allied disciplines throughout the world expressing our pleasure which is based on two fundamental factors.

Firstly, that this event brings together for the first time, biological psychiatrists from the four corners of the Earth, and secondly, because, during the Congress, an Assembly will be held which will achieve the purpose for which so many of us have been working for many years ..."

During the General Assembly the World Federation of Biological Psychiatry (WFBP) was founded.

The name WFSBP came up.

WFSBP PAST AND HONORARY PRESIDENTS 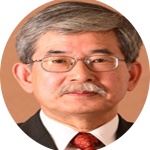 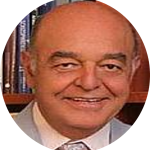 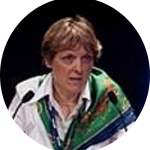 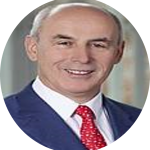 Professor C.R.Soldatos graduated from the Athens University Medical School, where he had subsequently his specialty training in Neurology and Psychiatry. He also trained for one year in Clinical EEG at the University of Manitoba Medical School, Winnipeg, Canada.

In the World Federation of Societies of Biological Psychiatry (WFSBP), Prof. Soldatos has served successively as Vice- President (2009-2013), President (2013-2015) and Past President (2015-2017). Subsequently, he was pronounced WFSBP Honorary President.

Over the years he has been Chairman of the Committee for Mental Health of the Central Health Council of Greece and Member of many other Committees of national and international Organizations. He was President of the International Neuropsychiatric Association (2006-2008) and of seven other scientific societies based either in Greece or abroad. Until now, he is President of the Hellenic Society for the Advancement of Psychiatry and Related Sciences as well as of the Hellenic Association of Biological Psychiatry, both of which he has founded.

In addition, he served as Co Chair of the Operational Committee on Scientific Sections of the World Psychiatric Association (WPA) and he has been member of five more major committees of WPA and another seven of the WFSBP, two of which he presently chairs. He has been actively involved in the organization of more than 350 national or international congresses, having being President in 20 of them.

Also, he has been the Guest Editor of 3 International Psychiatric Journals and he has published 40 scientific books (10 in English) and about 500 journal articles or book chapters. His ISI journal articles have received 10863 citations, while his h-index is 55, as per Google Scholar in September 2017. Most of his research work pertains to Sleep Pathology and Pharmacology, particularly to the study of insomnia and its relationship to psychopathology.

In recognition of his scientific contributions, Prof. Soldatos has received a number of distinctions from various scientific institutions; most notably, he is Doctor Honoris Causa of the Patras University, Honorary President of the Hellenic Sleep Research Society, which he founded in 1997, Honorary Fellow of the World Psychiatric Association and Honorary Member of the Polish Psychiatric Association, the Mexican Neuropsychiatric Association, the Argentinean Neuropsychiatric Association and the International College of Geriatric Psychoneuropharmacology. He is, also, the recipient of certain career awards, such as the the Lifetime Career Achievement Aristotle Gold Medal, the Owl of Wisdom Prize and the Athens Hypnology Award. Finally, as of July 2014, he was elected Member of the European Academy of Sciences and Arts.

M.D., Psychiatrist and Endocrinologist, Ph.D. in Neurosciences, is Professor of Psychiatry at the University Hospital Cochin-Tarnier, Paris-Descartes University, Paris, France.

Her main interests are the search for candidate genes in schizophrenia and addictive disorders and the treatment of paraphilias. She is currently a member of the INSERM U 894 Team in Paris V University (Psychiatry and Neurosciences Centre, Sainte Anne Hospital).

She is also investigator in many clinical and pharmaceutical studies.
She is Past President of the French Association for Biological Psychiatry.
She is Past President of the World Federation of Societies of Biological Psychiatry.
She is author or coauthor of more than 180 papers, 3 books (genetics of schizophrenia, psychiatric aspects of deviant sexual disorders, neurosciences and their impact in clinical psychiatry) and about 60 books chapters. 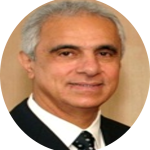 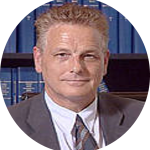 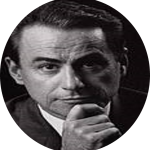 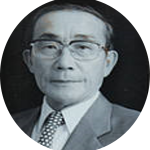 For 13 years he lived in Australia (1998-2011). During this time practiced academic (Melbourne University) and clinical activities (public as Executive Director, Bendigo Health Care Group, and private at The Melbourne Clinic, in the city of Melbourne).

In 2001, established his private clinic, The Melbourne Institute of Biological. One of the main fields of his practice was Second Opinion for Diagnosis and Treatment.

Returned to work in Brazil from 2011 to 2013, having established the Clinica Psiquiatria Biologica Brasil.

Honorary President and Member of Honor in almost all of them, that organized very good Regional Congresses. 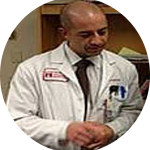 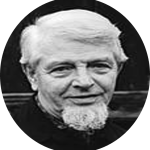 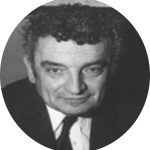 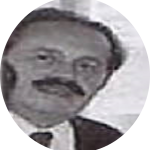 Dr. Charles Shagass, psychiatrist, was an internationally recognized pioneer in studies of biological causes for mental disorders. Dr. Shagass was a professor of psychiatry at Temple University Hospital in Philadelphia, USA, from 1966 until 1990. He specialized in the neurophysiological aspects of psychiatric illness, emotion and learning. He contributed to the electrophysiology of mental illness and influenced the increasingly practiced biological approach to psychiatry. He died in 1993, he was 73.

In 1985, as President of the World Federation of Societies of Biological Psychiatry (1981-1985), he organized and was host to the Fourth World Congress of Biological Psychiatry, which brought more than 2,500 scientists from 62 countries to Philadelphia, USA.
He was born in Montreal and received a bachelor's degree from McGill University in Montreal. He received a master's degree in psychology from the University of Rochester and, after wartime service with the Royal Canadian Air Force, returned to McGill for his medical degree. He started his career at McGill and headed the electrophysiology laboratory at the Allan Memorial Institute at the university from 1952 to 1958. Before coming to Temple University Hospital in Philadelphia USA, he taught at the University of Iowa. In Philadelphia he founded the Temple University Psychiatric Electrophysiological Laboratory at Eastern Pennsylvania Psychiatric Institute. After reaching emeritus status at Temple in 1990, Dr. Shagass became a professor of psychiatry at the Medical College of Pennsylvania. He continued his research in psychiatric electrophysiology by establishing the Clinical Research Center at Norristown State Hospital.

Dr. Shagass wrote seven books and more than 250 articles espousing a biological approach to psychiatry, which has won wide acceptance. He was president of the National Society of Biological Psychiatry, the American Psychopathological Assn., the National Assn. of State Mental Health Research Institutes and the World Federation of Societies of Biological Psychiatry (1981-1985), which he helped to create in 1974.

Carlo Perris grew up in southern Italy, studied medicine in Pavia and then moved to Sweden.

He began his psychiatric career at a mental hospital in Sundsvall. In 1963 he moved to Umeå where he became Professor of Psychiatry in 1971. His main interest as a researcher was the study of affective disorders. Notably, he showed that cycloid psychosis, with its complex mix of symptoms (mood change, confusion and severe psychotic symptoms) could be looked upon as an affective disorder and treated effectively with antidepressant drugs and lithium.

The concept of vulnerability was of great interest to Perris. His research on affective disorders gave him a clear picture of the genetics behind vulnerability for these and other psychiatric disorders. Yet, he also understood the importance of psychological childhood factors as part of individual vulnerability. Through his interest in early psychological experiences as part of individual vulnerability, Perris became deeply fascinated by the works of John Bowlby, the founder of the attachment theory. Moreover, psychopathological developmental theory emerged as a major theme in Perris' work and writing.

In his work Perris showed a wide range of talents and ambitions. He was not only a researcher but was also a true clinician and a creative leader of his clinic in Umeå. In the early 1980s he began his work in bringing Beck's cognitive psychotherapy to Sweden. Subsequently, he published two books on cognitive psychotherapy and many papers in international psychiatric journals on topics, related not only to cognitive therapy but also to biological psychiatry.

Carlo Perris had a vast network of international contacts. He was also a well-known participator in the organization of numerous international congresses, among which the 3rd World Congress of Biological Psychiatry (Stockholm, 1981).

Joan Obiols Vié was born in Granollers (Barcelona) in 1919. He enrolled in medicine at the Universitat Autònoma de Barcelona when he was only 16. Despite having to interrupt his studies because of the Spanish Civil War (1936-1939), Obiols was able to graduate in 1943 thanks to special provisions that allowed him to complete two years in one. He became involved with psychiatry from very early on.

A first-rate clinician, Obiols aquired his first skills at the Mental Institute of Santa Creu, complemented his training with prominent neurologists Barraquer (Sant Pau Hospital) and Subirana (Sagrat Cor Hospital), and in 1951 became Chief clinician at the Psychiatric University Clinic of Hospital Clinico y Provincial de Barcelona. He collaborated with Prof. Ramon Sarro in both clinical and academic activities. In 1958 he received his PhD by adressing the complex topic of the intelligibility of the schizophrenic delusion from a phenomenological perspective in a dissertation later published as “The case of Julia”.

In 1970 he was appointed professor of psychiatry at the University of Santiago de Compostela. In 1971, following Sarro's retirement ,he returned to Barcelona, where as director of the Department of Psychiatry and Medical Psychology he led a period of intense clinical, teaching and research activities. His open and innovating spirit prompted him to embrace everyone from psychoanalysts to behaviorists and systemic therapists, as he took an interest in any approach that might increase the scientific body of psychiatry. In this regard, it is worth highlighting that, after his early interest in the German phenomenological tradition, Obiols sought to establish the field as a fully scientific discipline and became a proponent of “biological” psychiatry. His pioneering role within this thriving field  established him as a champion of the movement and a leader of both Spanish and international scientific organisations. After the death of Rolando Fischer he was appointed president of  the World Federation of Biological Psychiatry Societes that he had helped to create. As such, he organised  in 1978 the II World Congress of Biological Psychiatry in Barcelona, providing the definitive boost to the historic change within psychiatry.

His academic vocation led to his becoming Dean of the Medical Department at the University of Barcelona from 1972 until 1977, at which time he was appointed President of the University. Thanks to his democratic and open spirit, he was able to successfully lead the institution during the particularly tumultuous years of the Spanish political transition from dictatorship to democracy. In 1977 he was also elected numerary member of Barcelona's Royal Academy of Medicine.

Joan Obiols was, furthermore, a humanist. In the field of psychiatry, his interest in biology did not prevent him from being a pioneer in introducing techniques from psychodrama, art therapy or music therapy. These varied interests reflected his intense engagement with the world of arts and culture. An art collector and patron, he enjoyed the friendship of numerous artists, playwrights, musicians and intellectuals from all backgrounds. His untimely death, in 1980, befell upon him precisely while visiting the home of Salvador Dali, who was both his friend and patient.

Prof. E. Fisher was born in Hungary and was established in Argentina having been invited officially as Professor of Psychiatry.

During his tenure in Argentina he took care of a large number of psychiatric patients. Moreover, during the sixties, he conducted research on hallucinogenic compounds finding higher concentration in urine of schizophrenic patients; these results were recognized world wide.

He founded the Argentinian Society of Biological Psychiatry (third biological psychiatry to be established in the world) and with his team started the organization of the 1st World Congress of Biological Psychiatry held in Buenos Aires September 24th to 28th, 1974, with more than 1.500 participants. During this congress WFSBP was founded and he became its first President.

He died in January 1975 having being the founding president of WFSBP.